US economy added a robust 263,000 jobs in November

The US economy added 263,000 jobs in November, defying aggressive action from the Federal Reserve to cool the economy and bring down decades-high inflation. 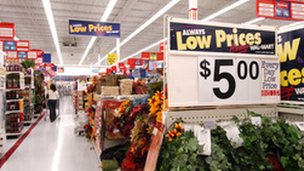 The unemployment rate held steady at 3.7%, according to the Labor Department, which released the latest monthly jobs snapshot on Friday morning.

Economists surveyed by Refinitiv had expected the pace of hiring to slow to a gain of only 200,000 jobs in November and the unemployment rate to stay flat at 3.7%.

Some of the largest monthly job gains were in the leisure and hospitality sector, as well as health care. The hot jobs report also showed an unexpected spike in average hourly earnings, another knock against the Fed’s efforts to rein in inflation by cooling demand. Officials at the central bank have expressed concern about rising wages keeping inflation elevated.

In November, average hourly earnings increased 0.6% from the month before and 5.1% year over year. Economists were expecting those rates of increases to slow from October, where they increased by a revised 0.5% month-over-month and 4.9% year-over-year.

“The November employment report delivers a holiday season package of good news for American workers, including a strong increase in wages,” said Mark Hamrick, Bankrate senior economist, in a statement. “In keeping with the classic divide sometimes seen between Main Street and Wall Street, the report tells the Federal Reserve it has more work to do in its battle against inflation.”

The picture of the labor market is becoming more mixed, reflecting a number of forces at play, said Sophia Koropeckyj, managing director at Moody’s Analytics.

“First, the tight labor market has definitely limited holiday hiring, but employers are also hiring more cautiously given the uncertainty about the strength of consumer spending,” she wrote in a note Friday. “In addition, employers may be more cautious in order to support margins amid rising labor and material costs. Some interest-rate sensitive industries have also been pulling back. It should be noted that pulling back does not necessarily mean laying off workers. It can mean more cautious hiring. This explains in part the low number layoffs and low unemployment rate.”

In recent weeks, there has been a wave of mass layoff announcements from some of the biggest names in tech, with a total of 52,771 announced cuts. That’s the highest monthly total for the sector since 2000, according to outplacement firm Challenger, Gray & Christmas.

Despite the high numbers, most of those losses appear to be getting reabsorbed into the labor market, said Jim McCoy, vice president of solutions for ManpowerGroup.

Still, that might not bring much solace to the Fed, which has raised its benchmark lending rate by 3.75 percentage points this year in hopes of cooling off demand and bringing down white-hot inflation. While some areas of the economy show the effects of the Fed’s actions — home sales have fallen and inflation rates are starting to slow — the labor market has remained robust in its efforts to continue to recover jobs lost during the pandemic and adjust to continued strong consumer spending, especially in services.

“While other economic data points over the past few weeks have been favorable to the Fed’s progress on the inflation front, strong employment data is clearly the biggest headwind for the Fed,” said Charlie Ripley, senior investment strategist for Allianz Investment Management, in a statement Thursday. “Payrolls need to fall below the replacement rate in order to keep slowing the economy and despite the aggressive rate tightening thus far, the impact to the labor market has been minimal.”

The latest JOLTS report on job openings and quits showed that there were still more than 10 million job openings in October. While that indicates a gradual easing, it’s still a near-record high and well above the average of 4.5 million before Covid hit the US economy.

But with labor force participation still well below pre-pandemic levels, it’s going to be hard to fill all those available positions: November’s jobs report showed that the participation rate inched down for the third straight month to 62.1%.

Friday’s employment print marks the very last jobs report before the Fed’s next meeting on December 13-14, when officials are expected to raise rates by half a percentage point, slightly lower than in the four previous meetings.

And the hot jobs report is unlikely to shift the Fed away from that intention to moderate its pace of increases, said Angelo Kourkafas, investment strategist at Edward Jones.