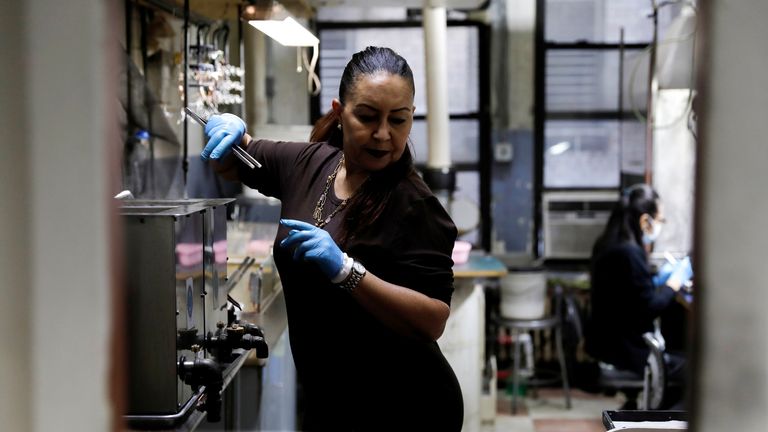 The government data showed a labour market continuing to defy surging inflation and back-to-back quarters of contraction in GDP, which have raised fears of a recession.

It marked the 19th consecutive month of payrolls expansion, and will boost the case for the Federal Reserve to continue its aggressive policy-tightening.

Like the Bank of England, the Fed has been hiking interest rates in an effort to pull inflation back to its target 2%. In June, it reached 9.1%.

Experts said it is now more likely to deliver a third 75 basis point rate increase at its next meeting in September, having raised the rate by three-quarters of a percentage point last week.

The central bank has already increased rates by 2.25 percentage points this year.

Demand for workers was lower in sectors such as housing and retail – which are more sensitive to interest rate rises – but airlines and restaurants were struggling to find enough workers.

Paul Nolte, portfolio manager at Kingsview Asset Management in Chicago, told Reuters: “What we have heard from the various Fed governors this week about it being too early to pivot away from a tightening policy is definitely in place with the jobs report that is ‘this hot’.

“It gives the Fed reason to continue to raise rates, and that is what got the market on edge.”

Hinesh Patel, portfolio manager at Quilter Investors, said: “Every single unemployment rate either dropped or stayed at post-pandemic levels as the economy ploughs on despite the economic trouble on the horizon.

“Private payrolls are now higher than the pre-pandemic level as the US continues to emerge from COVID is a better state than many of its developed market counterparts.

“The Federal Reserve will see this a sign that they need to continue to hike aggressively to get inflation under control and take some of the froth out of this tight labour market.

“However, the most recent earnings season points to some difficulty ahead. Just recently, Walmart’s results, a good indicator of consumer confidence and the state of the US economy, began to sound the alarm bells.

“The US is a robust market though, and much of the negativity, however, is being driven by statistical quirks and the scourge of inflation. The future direction of the Federal Reserve, as we have seen all this year, will ultimately depend on the path of inflation.”