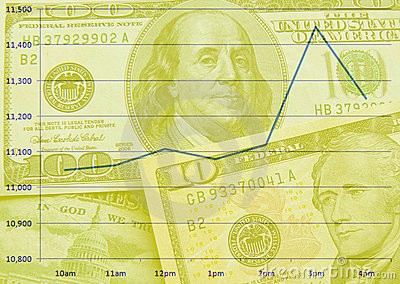 The FTSE 100 has clocked up its worst year since the 2008 financial crisis – underperforming against global rivals that have bounced back following a coronavirus sell-off earlier in the year.

It marked something of a recovery after the FTSE’s calamitous sell-off during the spring saw it fall below the 5,000-mark but the annual decline was still the biggest slump since a 31% plunge 12 years ago.

At the same time New York’s S&P 500 has been trading at or around all-time highs this week while Germany’s Dax, up 3.5% for the year, was just shy of record levels.

Stock markets globally went into a steep descent earlier in the year as the scale of the coronavirus crisis became apparent.

They began to recover after the multi-trillion dollar intervention of governments and central banks and, later in the year, thanks to the development of COVID-19 vaccines

But the recovery has been uneven with a lockdown-driven boom in tech stocks such as Amazon, Netflix and Tesla and euphoria over stock market flotations for the likes of Airbnb and DoorDash helping overall US index values surge higher.

In Europe, Germany’s Dax has also been helped by tech stocks, as well as the economic rebound for China, a major destination for its exports.

However, France’s CAC 40 was down by more than 7% and Italy’s MIB by 5% while in Spain – with its tourist-reliant economy – the Ibex did even worse than the FTSE, losing 15% over the course of 2020.

The London index suffered as some of its biggest stocks including oil giants Shell and BP and banking group HSBC lost somewhere between a third and half of their values.

Gains for the likes of Ocado, Just Eat Takeaway and B&Q owner Kingfisher – which did well during lockdowns – were not enough to tip the balance against the more heavyweight FTSE constituents.

The market’s final day of trading on Thursday added to the gloom, with a fall of 1.5%, led by IAG, which came a day after the government further extended COVID-19 restrictions.

It was a better year for the pound, which ended 2020 trading at or around its highest levels against the dollar for two and a half years after a last-minute Brexit deal – just shy of $1.37.

However sterling remains well below the $1.50 level seen on the night of the 2016 referendum.

Joshua Mahony, senior market analyst at IG, said after 2020 traders would be looking forward to “increasing stability and prosperity” ahead.

“While short-term fears over the COVID restrictions and Brexit implications will understandably ensure volatility over the months to come, the prospect of a reopening effort in Q2 should provide the basis for a much better 2021 for UK stocks,” he said.