The shift is mainly due to cheaper wind and solar power, Carbon Tracker said.

It added that in 10 years it will be cheaper to close down coal plants and build wind and solar plants instead.

The report’s authors say they looked at the economics of 95% of the world’s coal-fired power stations.

In most countries, including the UK, it’s already cheaper to build renewable energy generation than new coal-burning plants.

At 60% of coal plants in the world, the generating costs are higher than they would be from new renewables, the report said.

But the study goes a step further, forecasting that within 10 years the cheapest option in all countries would be to close down existing coal-fired power stations and build wind and solar power plants instead. 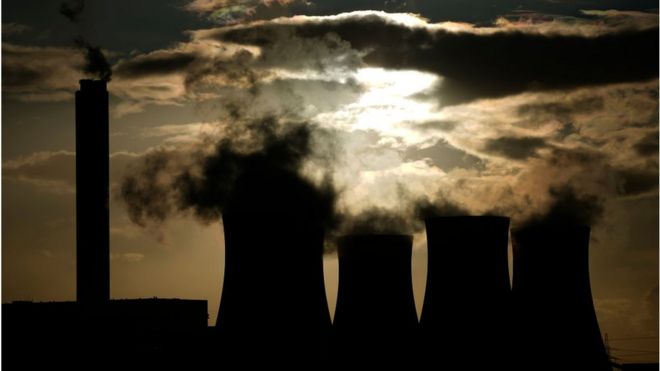 The issue is crucial to global plans to tackle climate change.

Carbon Tracker says that to combat climate change effectively one coal plant has to retire every day until 2040.

The report urges governments and investors to cancel coal projects in the pipeline – or risk almost £500bn in wasted investment.

It says in deregulated economies, market forces will drive coal out of existence.

That’s already started to happen in the US, where President Trump promised to revive the coal industry, but found that investors weren’t willing to back him.

However, many developing countries with tight bonds between power suppliers and governments still allow coal plants to operate even if the higher costs are passed to consumers.

Matt Gray, of Carbon Tracker and a co-author of the report, said: “Renewables are out-competing coal around the world and proposed coal investments risk becoming stranded assets which could lock in high-cost coal power for decades.

“The market is driving the low-carbon energy transition, but governments aren’t listening.

ome nations, especially in Asia, are sticking with coal for power generation.

But the IEA says coal-fired electricity generation is set to experience its largest ever decline – over 250 terawatt hours (TWh), or more than 2.5%.

This is led by double-digit falls in the US and Europe,

The IEA predicts the share of coal will decline from 38% in 2018 to 35% in 2024 – but that will still leave coal as by far the single largest source of power supply worldwide.

But it says the speed of the decline is expected to slow unless coal comes under additional pressure from stronger climate policies or lower-than-expected natural gas prices.

The IEA’s Keisuke Sadamori said: “This is not the end of coal, since demand continues to expand in Asia.”

He added: “The region’s share of global coal power generation has climbed from just over 20% in 1990 to almost 80% in 2019, meaning coal’s fate is increasingly tied to decisions made in Asian capitals.”